Plan Ahead to Socialize Your Puppy Early!

Everything You Need to Know About All Things Puppy!

Recently, I witnessed an older couple struggling to carry a crate into a puppy kindergarten class. Once inside, they opened the crate and a large and beautiful Poodle puppy emerged – a pup who was not particularly young, nor disabled in any way. When asked about the puppy and why they carried her inside the training center inside a crate, the couple said she was 14 weeks old, and had received three “puppy” vaccinations so far, but that their veterinarian had told them that the puppy shouldn’t be taken anywhere until she had received her last puppy vaccination at 16 weeks. They looked a little guilty, as if they expected to be admonished for bringing her to a puppy kindergarten class before the last “shot.”

It’s 2019! Why are veterinarians still telling this nonsense to dog owners?!!

The owners were reassured they had absolutely done the right thing to bring the puppy to class, and encouraged to allow her to walk into and out of the training center on her own four legs, and given assistance to show the very able puppy how to get back into her owners’ car after class without them having to struggle to lift her in a crate into the back seat. And I vowed to write this post, which I seem to recall writing every few years for the past 22 years!

Don’t Keep That Puppy in a Bubble

Folks, please tell your friends and relatives: The risk of dogs developing serious behavior problems (and subsequent relinquishment and/or euthanasia) due to inadequate early socialization and minimal exposure to the outside world is far, far higher than the risk of contracting a fatal disease before the pup has become fully immunized. While parvovirus and distemper certainly still exist in the world, and are still quite problematic in pockets of certain communities, there are many steps one can take to prevent a puppy from becoming exposed to disease while taking the very important steps to carefully and positively expose the pup to novel places, people, and other animals.

Puppies should absolutely be taken out into the world before the age of 12 weeks, and ideally, would be attending a well-run puppy play/puppy kindergarten training class as early as 8 weeks old! They certainly should not spend this incredibly critical period of development wrapped in cotton wool in their new owners’ homes!

Don’t believe me? That’s fine. Take it from the American Veterinary Society of Animal Behavior (AVSAB): “Because the first three months are the period when sociability outweighs fear, this is the primary window of opportunity for puppies to adapt to new people, animals, and experiences. Incomplete or improper socialization during this important time can increase the risk of behavioral problems later in life including fear, avoidance, and/or aggression. Behavioral problems are the greatest threat to the owner-dog bond. In fact, behavioral problems are the number one cause of relinquishment to shelters. Behavioral issues, not infectious diseases, are the number one cause of death for dogs under three years of age.”

AVSAB’s position statement on puppy socialization also says, “The primary and most important time for puppy socialization is the first three months of life. During this time puppies should be exposed to as many new people, animals, stimuli, and environments as can be achieved safely and without causing over-stimulation manifested as excessive fear, withdrawal or avoidance behavior. For this reason, the American Veterinary Society of Animal Behavior believes that it should be the standard of care for puppies to receive such socialization before they are fully vaccinated [our emphasis].”

What Do Veterinarians Say?

Strong words from the veterinary behaviorists… Do “regular” veterinarians agree? Here is a quote from a literature review from the American Veterinary Medical Association (AVMA): “By 8-9 weeks of age most dogs are sufficiently neurologically developed that they are ready to start exploring unfamiliar social and physical environments. Data show that if they are prohibited from doing so until after 14 weeks of age they lose such flexibility and may be forever fearful in these situations. Such dogs may function well within extremely restricted social situations but will be fearful and reactive among unfamiliar people, pets or in environments outside of the house.”

The AVMA paper goes on to explain how one should ideally socialize and expose puppies safely, as well as how to provide remedial socialization to puppies or dogs who were not given these opportunities. No, all is not lost when owners fail to properly plan ahead and sign up for a class well before they procure their puppy. But as any trainer or good breeder can tell you, there is usually an astounding difference in the amount of confidence displayed in a puppy who has had well-managed, positive exposures to many different persons, places, and things – and especially opportunities to meet and play with other puppies and dogs of appropriate size and play styles – and one who has only begun to interact with the world in a meaningful way after the age of 16 weeks (or older!).

It takes forethought and planning, however, and many families don’t even think about training and socializing until the puppy is four months old or so. Then they look for a trainer and try to book the next class and find out that the next available spot is for a class some six or eight weeks hence. It’s not “too late” to socialize or train them at that stage, but it’s somewhat akin to signing up a third- or fourth-grade kid for kindergarten. It’s great that their education will finally get underway, but what they could have been already had they started their education on time! 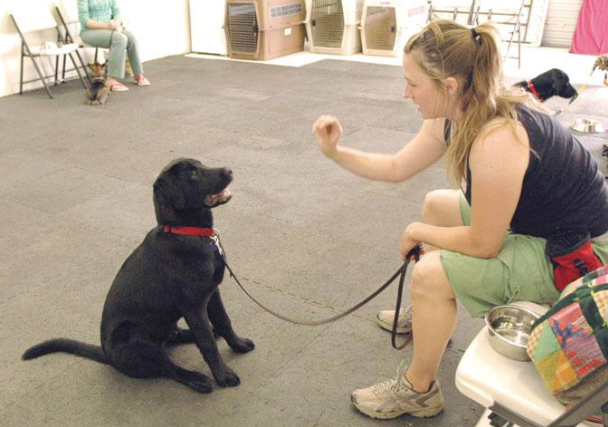 So, how should it be done?

The 10 Most Important Things to Teach a Puppy

Educate yourself about puppy diseases and how to keep your puppy safe without sequestering him or her. Here are some past articles that have been published in WDJ on this topic.

Why Your Puppy Needs So Many Shots

The Deal With Puppy Shots

Time to Vaccinate the Dog